Warrior Technologies has announced the acquisition of a large division of a private Permian Basin-based firm, which will give Warrior three new product lines.

“We’re growing and expanding,” said Tripp Wommack, chairman and founder of the company as he announced the news. 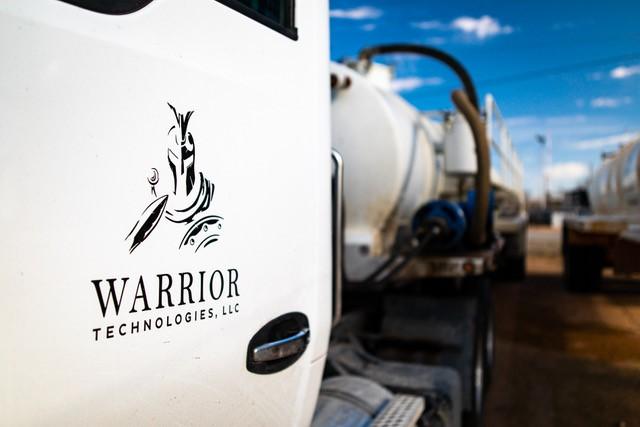 He said the company has already ordered ten new trucks to be delivered next year and 15 in 2024 along with six Western Star trucks, four pump trucks and three winch trucks.

“We’re seeing a lot of growth within the industry, but it doesn’t mirror other oil booms,” Jackson said. “The economy isn’t declining as in other booms. In this case, inflation is surpassing what we expected six months ago. This boom is difficult to manage.”

Warrior, which began operating in 2018, is an industrial and environmental service company with service lines serving the energy, industrial, agriculture, renewable energy, solar and wind, food processing and construction sector.

In addition to reclamation and remediation and vapor and gas recovery and mitigation, services include proprietary patented cleaning of tanks, abandonment and abatement services and mechanical services.