Suttons’ story in the Americas began in 1981, with the establishment of Suttons International North America. Initially all business in the region was overseen and operated by a third-party agent. However, by 1983 the business had outgrown the need for an agent and a full office was established in Edison, New Jersey to handle all operational and commercial duties to the region.

Edison, New Jersey was chosen as the location for this office for its close proximity to ports and terminals in New York and New Jersey. Our current office pin Holmdel remains close to the region to this day. 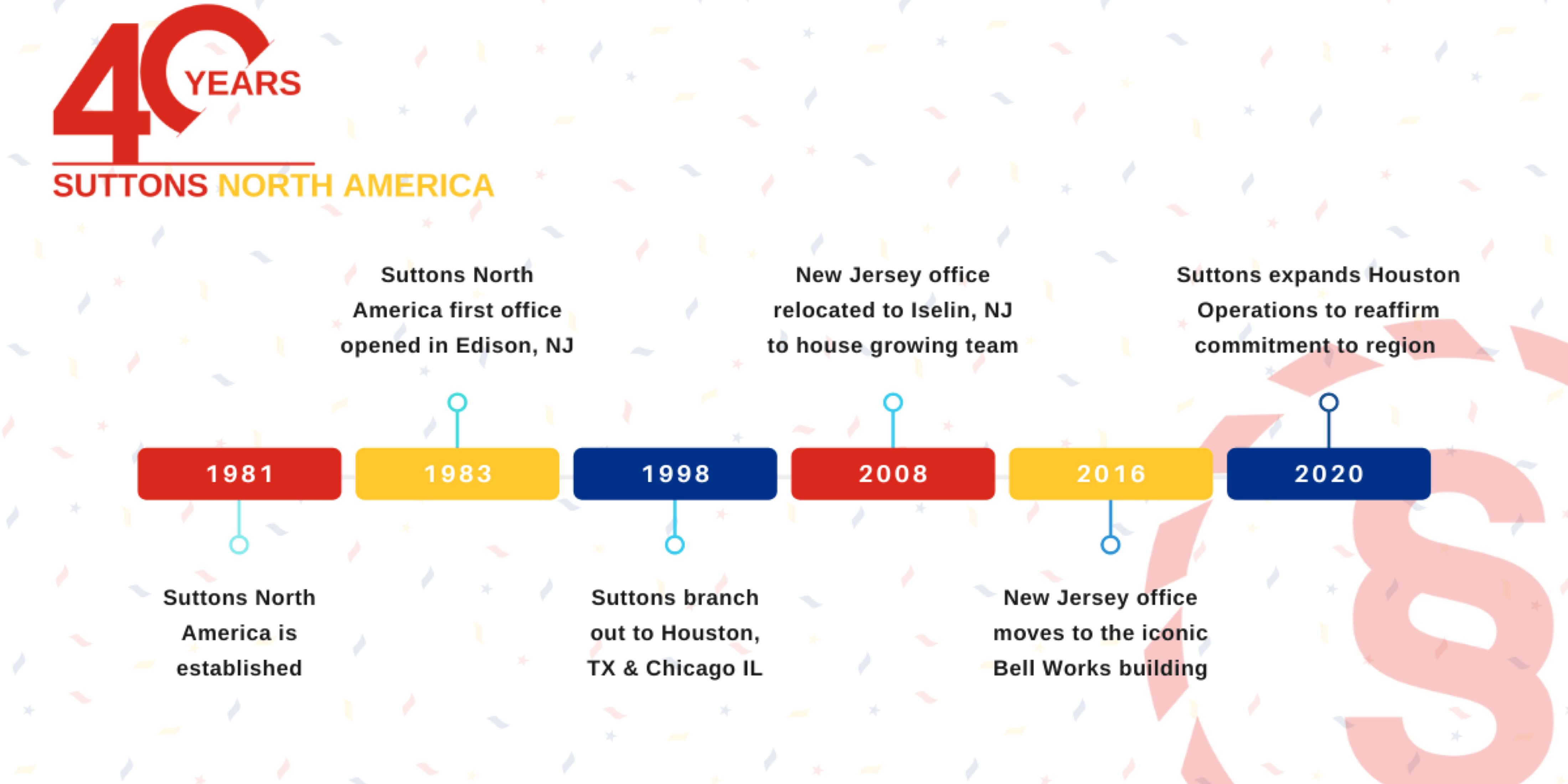 The team in New Jersey remained light and agile for a number of years, by 1998 there were roughly 10 full time office staff serving the entire north American region! However, this way of working was not to last, as later that year Suttons branched out to Houston, TX and Chicago, IL opening a dedicated office for the former area and appointing a regional sales manager for the latter.

Fast forward 10 years and 2008 marked a significant year for Suttons North America, as it was the first time the New Jersey office had to relocate to house the growing team. The new office is located in Iselin, not far from the office in Edison, but large enough to accommodate the larger team which had since grown to 22 people.

In 2016 the New Jersey office once again found itself relocated, this time to the impressive and iconic building, Bell Works in Holmdel New Jersey, to match the continued growth of the team and Suttons’ ambitious growth plans.

More recently in 2020, Suttons embarked on an aggressive expansion plan of its Houston operations to reaffirm Suttons’ commitment to the region. The region now employs a team of experienced Operators, Planners, and Commercial roles to ensure customers across the Americas continue to receive the highest levels of service.

Over the 40 years Suttons North America has grown from a single agent to a multi-location employer of a near 50 strong team.

Office locations and dates are only half the story though. It is the people who come in every day, who answer calls and log journeys, who work tirelessly to deliver fantastic service that make Suttons North America what it is today.