OCI has announced it will start construction of a world-scale 1.1 million ton per annum blue ammonia project in Beaumont, Texas, based on KBR technology.

It said: “the passage of the US Inflation Reduction Act (IRA) and the enhanced 45Q credits in the Act strengthened the attractiveness of the project”. 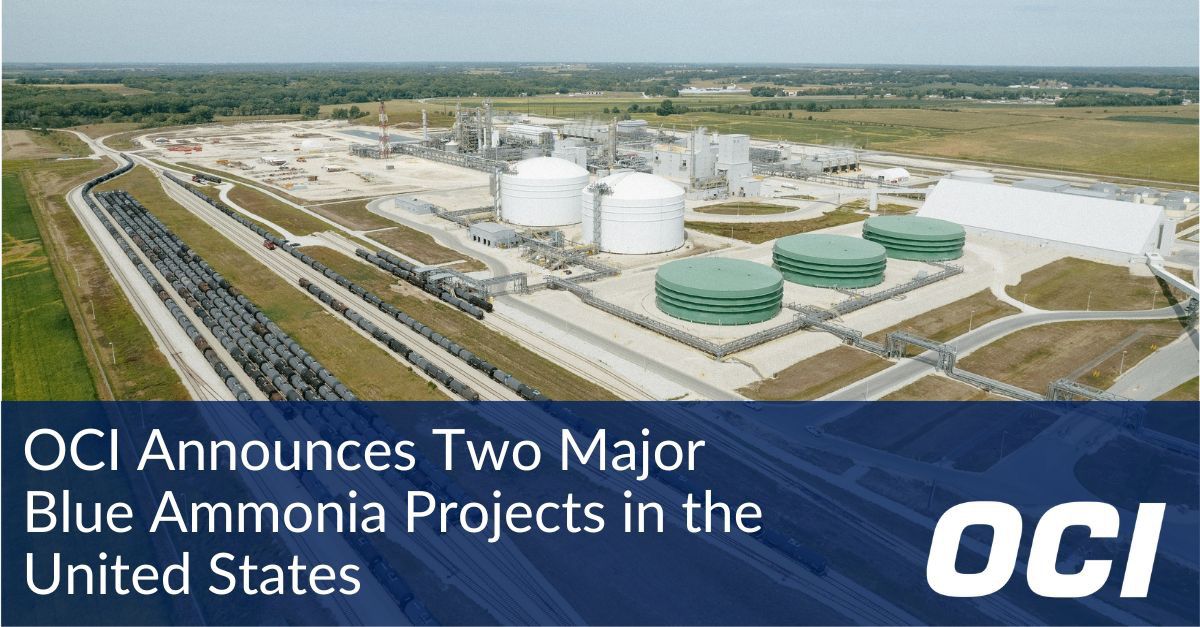 Nassef Sawiris, executive chairman of OCI, said: “The recent passage of the IRA, which bolsters the regulatory framework and competitiveness of clean ammonia in the US, in addition to technological developments in carbon sequestration, is supporting ammonia as a key driver of the energy transition. We believe OCI, a global leader in hydrogen, will play a pioneering role in the future of this industry.”

The project is well underway, with detailed engineering and procurement work having started earlier this year, and production targeted for Q1 2025. The project has been awarded to Maire Tecnimont on an EP basis, critical long-lead pieces of equipment have been ordered, and site works are scheduled to start shortly.

Capital expenditure is expected to be within OCI’s guidance of up to $450 million growth capex for the Group in 2023 as highlighted in the Q1 2022 results report. Utilities and available land have been sized to allow for doubling of the capacity by adding an additional 1.1 million ton per annum blue ammonia line in the future.