Kenai refinery engineer Raymond Ballard was named the 2021 Rising Star by the Alaska Oil and Gas Association (AOGA) for his achievements in the oil and gas industry. The award honors a young professional, under the age of 35, who is making an immediate and definitive impact in Alaska.

“Ray has been an exceptional leader at our refinery who stays focused on safe, compliant and reliable operations,” Kenai refinery Operations Department Manager Jim Grossl said. “He is always looking for ways to improve himself, his team and our refinery operations. We are excited his efforts are being recognized with an industry award like this.” 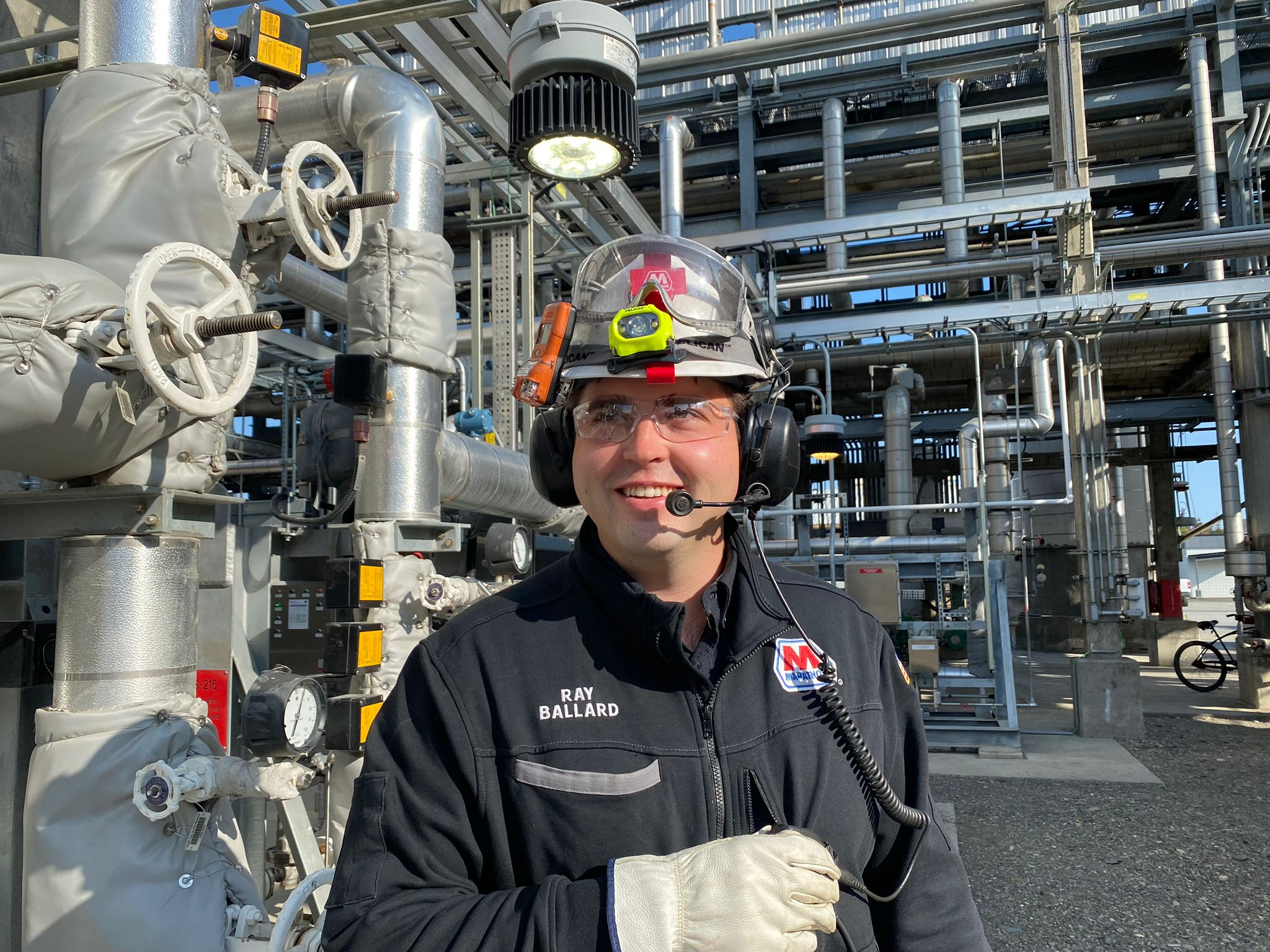 Ballard joined the Kenai refinery in 2015 as a process engineer and was promoted to foreman, technical services supervisor, and then to his current role as an operations supervisor. He started his career in the oil and gas industry as a chief technical advisor for Honeywell UOP, providing commissioning and startup service for refinery process units in Turkey, Italy, China, Brazil, Czech Republic, Spain, Israel, and the US.

Ballard received his Bachelor of Science in Chemical Engineering and Certificate of Leadership Studies from the Illinois Institute of Technology in 2010. In 2017, he completed his Master of Science in Arctic Engineering from the University of Alaska.

“I really credit my parents for always encouraging me to work on self-improvement while in the Boy Scouts, sports, theater, or whatever we were doing. That gave me a lot of opportunities to be coached,” Ballard said. “That stuck with me, and that’s what I try to bring to work every day and to my team. I’m always striving to leave a place better than I found it.”

Ballard also credited his wife Jenny, mother of their three children, for supporting his drive in the industry.

Raised in Alaska, Ballard said he enjoyed the opportunity to travel the world early in his career, but he is happy to be working at Marathon Petroleum and at the Kenai refinery.

“The culture at our refinery is awesome, and I really care about this place,” Ballard said. “We are focused on making a positive impact.”

AOGA will recognize Ballard and the other industry award winners at its annual conference in January.