JAX LNG loaded the RLNG/LNG blend into the Clean Jacksonville bunker barge to fuel the Isla Bella. The Isla Bella is the world’s first LNG-powered container ship and was put into service by TOTE Maritime Puerto Rico in 2015. 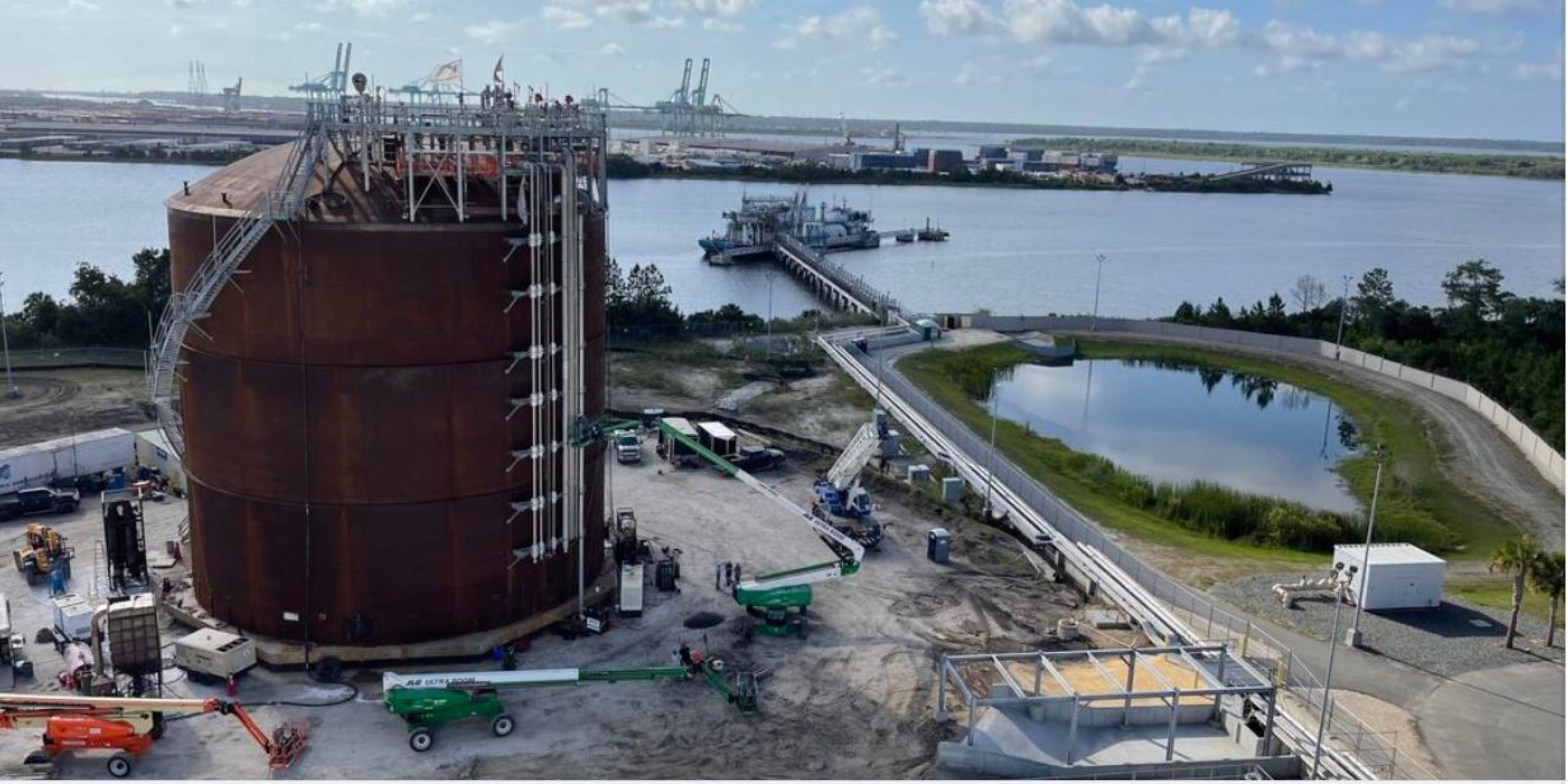 RLNG’s emissions profile as a maritime fuel is superior even to that of LNG, which already reduces greenhouse gas emissions by more than 25 percent over ultra-low sulfur diesel.

Decarbonization of the transport sector has greatly accelerated through the use of regulatory incentives such as the alternative fuel tax credit, which encourages companies to adjust operations and make investments in assets that reduce carbon intensity.

Produced from the decomposition of organic waste, RNG is compatible with existing natural gas infrastructure, providing a practical and replicable source of energy that mitigates and repurposes carbon emissions. For this bunkering event, RTCs were matched to the physical LNG loaded into the Clean Jacksonville to create the RLNG/LNG blended product.

“We’re proud to partner with JAX LNG, which has continued to solidify its position as the industry leader in the clean fuel revolution,” said Mike Noone, president of TOTE Maritime Puerto Rico.

“RNG is a clean, drop-in fuel source that can be readily deployed for use today, since it needs no new equipment to capture or transport it.”

“We are always looking for ways to meet the energy needs of our customers and help them reduce their environmental footprint,” said Roger Williams, VP commercial LNG and Gas Development at BHE GT&S, the parent company of Pivotal LNG, which holds 50 percent ownership of JAX LNG.

“TOTE Maritime Puerto Rico has always been at the forefront of the shipping industry in that regard. We are proud that this RLNG bunkering event can serve as an example of what is possible in the realm of renewable natural gas and look to further expand on this success.”

“RNG offers highly flexible pathways to reducing transportation emissions. We are glad to be part of these forward-thinking initiatives to decarbonize large-scale logistics operations,” said Angela Schwarz, co-president and CEO of Element Markets.