KOGAS has grown into the largest LNG-importing company in the world and operates four LNG regasification terminals and 4,945 km of natural gas pipelines in South Korea. 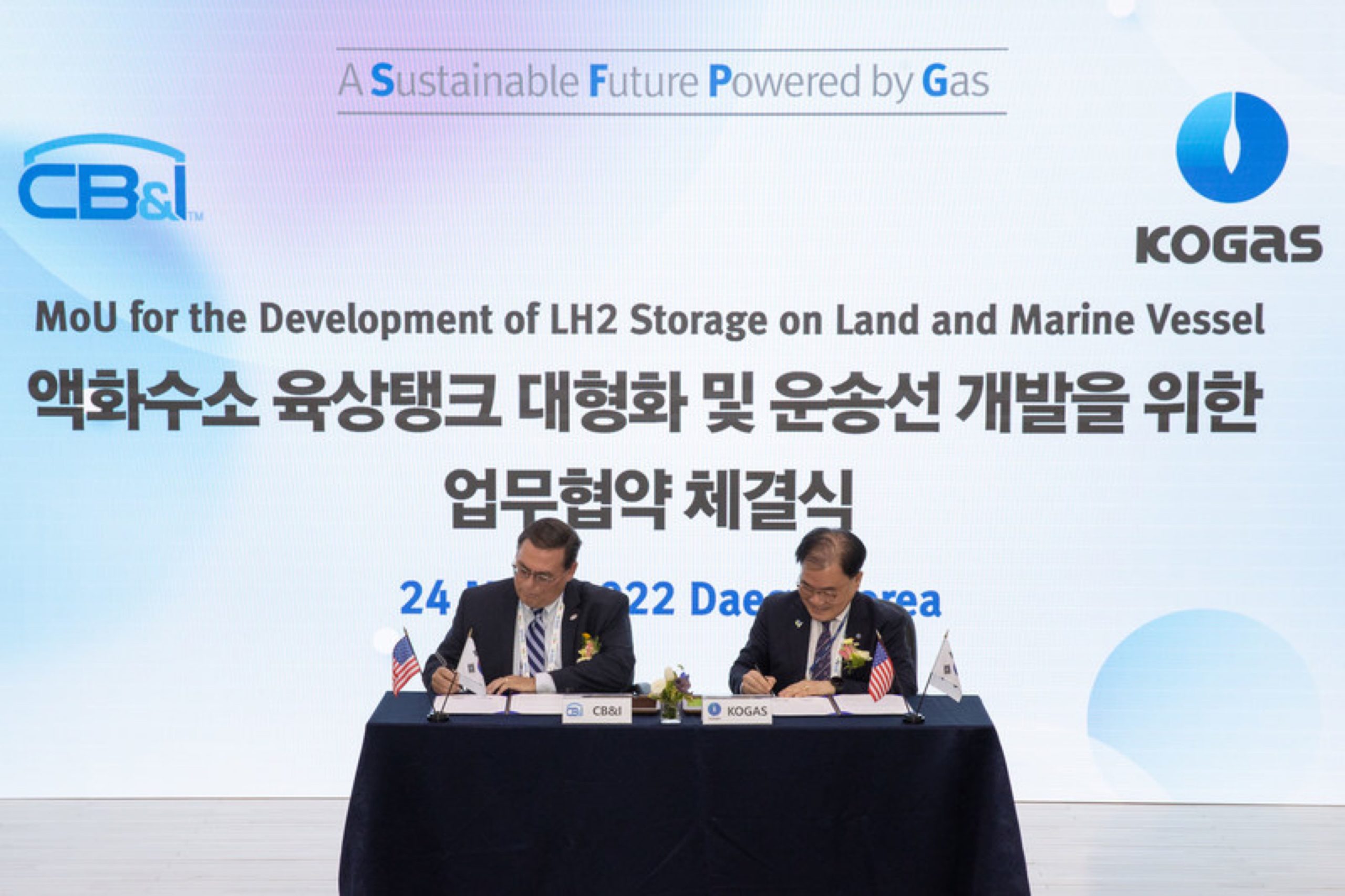 “Hydrogen has emerged as a key enabler to meet these decarbonization goals and KOGAS will play a leading role in building the infrastructure for hydrogen shipping, storage and distribution to make these ambitions a reality,” said Seung Lee, Executive Vice President of KOGAS.

CB&I specializes in designing and building field-erected pressure spheres capable of storing liquid hydrogen at temperatures of minus 423 degrees Fahrenheit and is nearing completion of the world’s largest liquid hydrogen sphere in Cape Canaveral, Florida, USA. Their history in this field spans more than 60 years.

“Viable storage solutions on both ship and shore will be fundamental for South Korea to realize its carbon neutrality goals,” said Cesar Canals, senior vice president of CB&I. “With ongoing research and development efforts well underway to scale up capacity thresholds for liquid hydrogen storage, CB&I is honored to join KOGAS in setting the pace for the rapid development of a large-scale hydrogen economy for South Korea.”